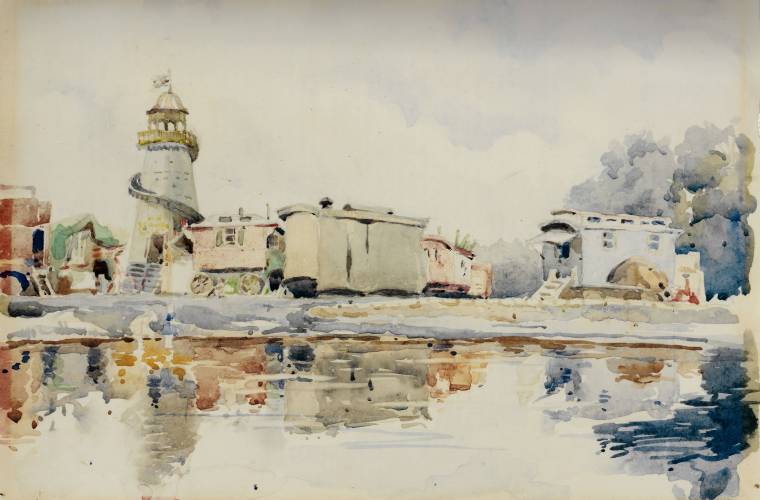 “Ain’t it grand
To be blooming well dead.”

Heard hundreds of times this must have been the actual sentiment (or something like it!) of many who live near the Common during the few days round Sept. 17th when the Fair is with us.

Hour after hour without cessation or pause, the engines throb and throb, the tunes played by the roundabouts blare out and the shrill whistle of the engines sounds at regular intervals. And the tunes follow one another, each air blending into the next – and round they come again – from 2.30 till midnight there is no escape, and as daylight fades the flares are lighted and the glow and smoke can be seen a long way off; and still the tunes go on sad and gay intermingled indiscriminately, while the gilded animals on the roundabouts slide up and down and go round and round with their freight of human bodies

Penn Fair, accurately speaking ceased to exist about 30 years ago.

OriginaIly, how long ago no one seems to know, a Charter was granted to the Parish of Penn and staIls and booths were erected free of charge once a year all round the Red Lion Public House and down both sides of Elm Road.

Then about thirty years ago the Common was rented from Chipping Wycombe Parish Council and the caravans and stalls moved into Tylers Green and made their home there.

During the 3 days allowed them it is as if another village had grown up in a night. At a given moment, each vehicle is driven on to the common and in a remarkably short time apparent chaos becomes perfect orderliness – each vehicle being parked on its appointed place with consummate skill and accuracy.

The family life begins at once and cooking pots are brought out and for three days is lived in the open. One half of modern civilisation watching how the other half lives