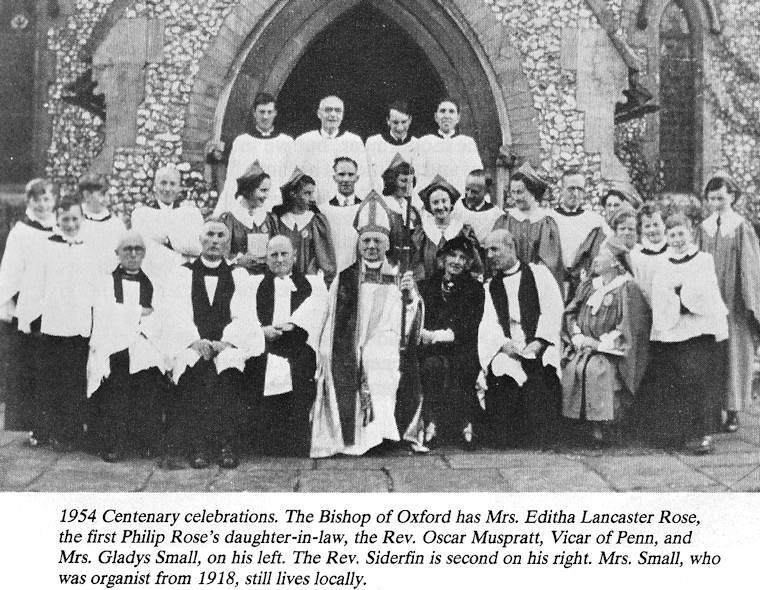 On her 50th birthday, and that was a long time ago, she appeared as she said she would, in pure white. I can see her now, coming up the hill to Church in her white garments; her face wreathed in smiles.

Her youthful figure and alert walk give the lie to her years and are perhaps the keys to her character, for she is a consummate liar and the most adaptable person I know. She must have been lovely in her youth and is still fascinating with the most engaging and disarming smile which spreads over the whole of her face and into her eyes which, placed just a little too close together can express so clearly the joy of social intercourse. Life to her seems an adventure and every gathering of people the opportunity for interesting experiences.

But there is another side, and I have seen those eyes ablaze with fury and dislike and with a green light that comes into them expressing cruelty and jealousy with something which is akin to madness.

I think she would stop at nothing to attain her purpose and I suspect that her loyalties are tinged with personal ambition. She will shew liking and even affection where her own interests are likely to be furthered and nurtured, but I think no pity would be shown to those who crossed her path.

And yet her great personal attraction, the position which she holds as her right and the ease with which she can show affection, real, albeit spurious, have won for her a fugitive hold on the hearts of the villagers. She has more money than most of us and she gives it generously as a rule; and in cases of sickness would be very ready with practical help. Her personal, physical courage is amazing and few women could have gone through the mental suffering which she has endured and won through as she has done.

Her love of popularity easily causes her to lose her sense of proportion and many an acquaintance has been ignored when her mind has been set on a special purpose. I have heard her talk (and she can tell an excellent story) for hours on end until she has made herself hoarse. Her great interest in her neighbours and her sympathetic manner gain easily for her the confidences of most. These confidences she is capable of using in an unscrupulous manner and are passed on to anyone she may happen to meet. According to her likes and dislikes, so is the information coloured to suit and I have heard her lie with a ferocity that dares anyone to contradict her.

She is an exceedingly clever woman and her ready wit is often used to intimidate her adversaries; and few would dare to stand up to the punishment which she would be quick to give.