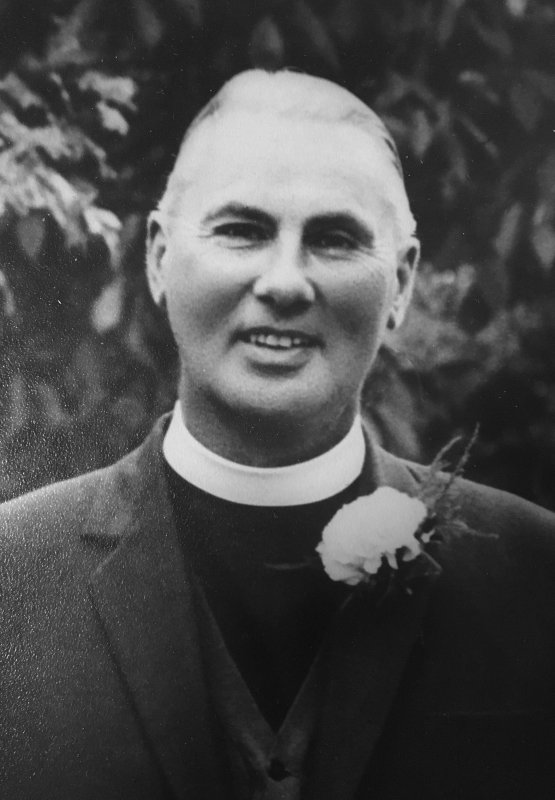 John Kenneth Siderfin was born 5th October 1905, at Nether Compton in Dorset, with an older brother Hugh.  Their mother died when John was 10 years old.

The family moved to North London, and John was educated at the Stationer’s Company School.

John and Grace Castle were married 27th April 1929 at St. Marks, Tollington, Islington, and then lived at Pitsea Essex.  They had two children, David 1931 and Stephen. 1932.

John worked initially for the LNER at Stratford, East London. The family moved to Chesham in 1940, and John was ‘called up’ in 1942. 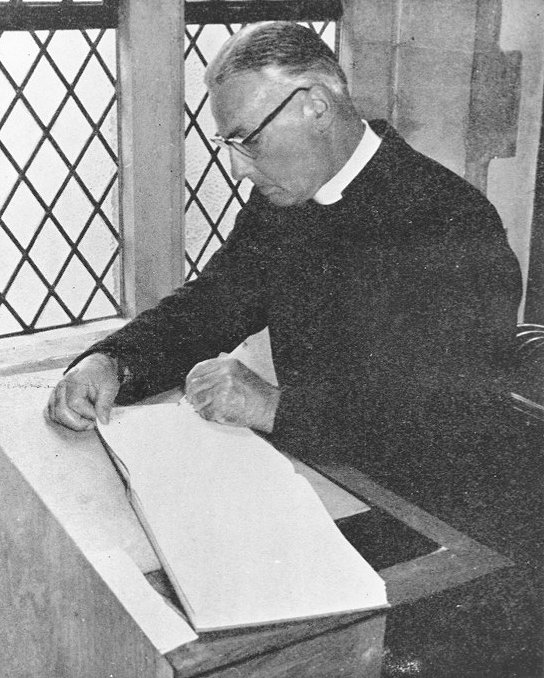 After he was demobbed, John studied at London College of Divinity, at Northwood, and was ordained deacon in 1948.  He served his curacy at St. Paul’s in Slough and was ordained priest in 1949, and appointed as a curate to St. Mary’s, Beaconsfield.

Following the sudden death of the Rev. Gerald Hayward on Sunday 12th August 1951, aged just 60, John was appointed vicar of St. Margaret’s in January, 1952.  Amongst other things, he helped to revive scouting in the village, soon becoming the new scoutmaster. (Picture: St Margaret’s)

John Siderfin died in office of a pulmonary embolism, 20th September 1966, also aged 60.  His ashes are buried at Nether Compton.

Thanks to Steve Siderfin and Peter Stapleton for these notes.