The photograph below was published in Miles Green’s book The History of St. Margaret’s Tylers Green on this website and is repeated here as part of the history of vicars from 1854 to date.

It includes the bishop of Buckingham and a group of local clergy. 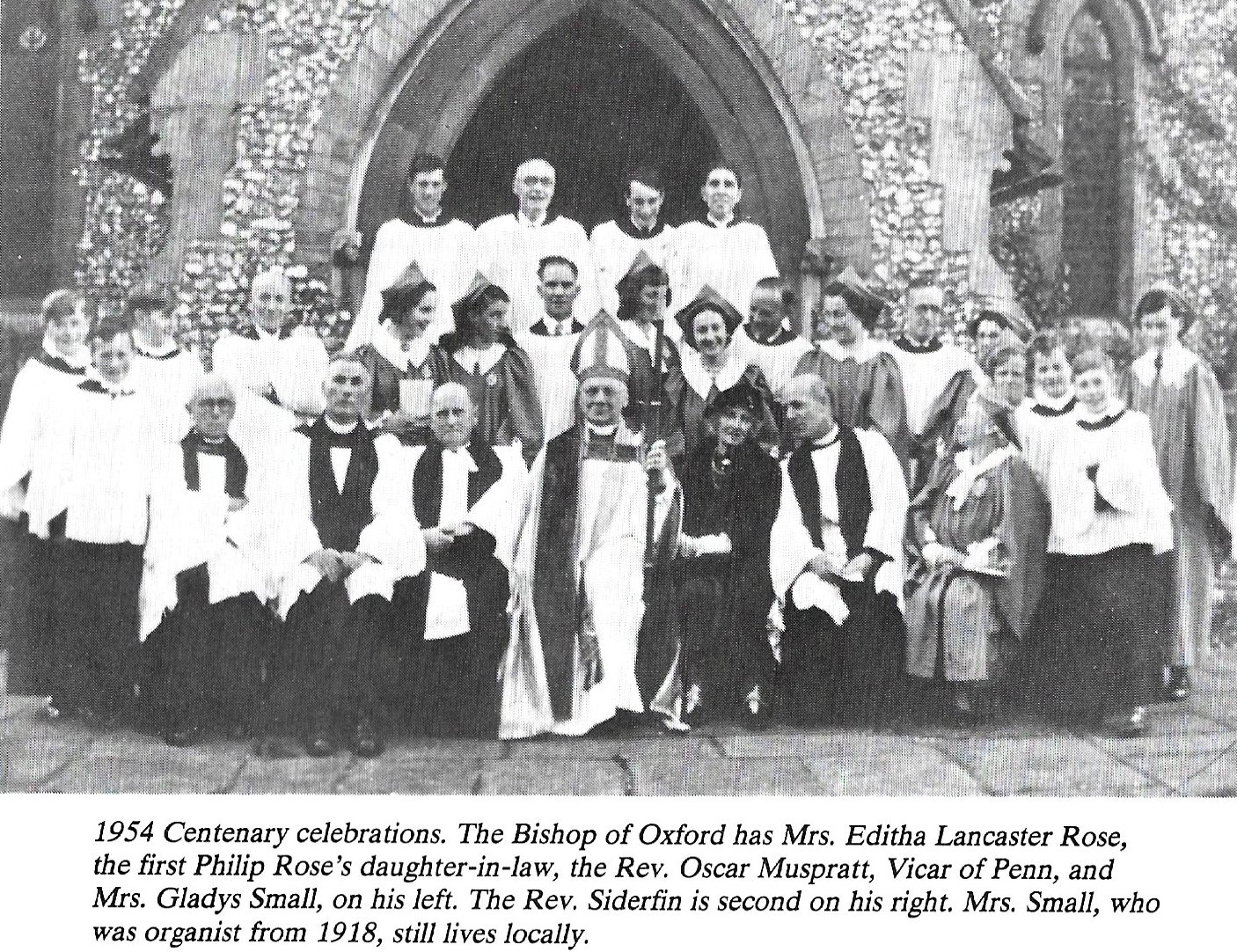