An eloquent expression of patriotic enthusiasm and resourcefulness was evinced in the public meeting convened by Sir Philip Rose, Bart. , and the Rev. R. F. Ashley Spencer which was held in the Parish Room, Tylers Green on Monday last. Sir Phillip Rose presided, supported on the platform by the Rev. R. F. Ashley Spencer, Mrs E. N. N. Bartlett, Mrs Aston, Mr Harvey Dalziel, Col. Becher, Mr H. P. Parshall and Mr J. C. Grove. There was a large and influential attendance including a number of residents of Penn. 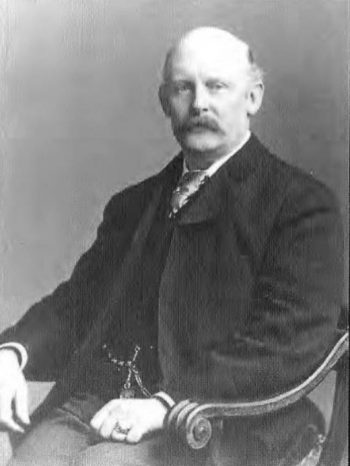 Sir Philip Rose observed that he had presided over gatherings in that room many times but never on such a solemn occasion as at present, when the times were so momentous, and the issues so tremendous. Sir Philip gave a brief and eloquent definition of the position of Great Britain in international affairs, and his remarks were greeted with frequent applause. Referring to the local side of the question Sir Philip stated that he as a Magistrate with the Rev. R. F. Ashley Spencer as Chairman of the Parish Council attended the county meeting held at Aylesbury on Thursday, August (illegible)th under the presidency of the Lord Lieutenant of the County, when an influential and representative Committee was formed. A desire was expressed that local committees should be formed in the various centres to assist and be subordinate to this central committee. Their main duty would be the relief of distress occasioned by the War. There were Reservists and (illegible) who were called out and had left wives and families behind them, and the local Committees would investigate these cases and report to the Central Committee at Aylesbury who were in touch with the great organization in London – the Prince of Wales’s Fund. He had suggested to Mr Tonman Moseley (the Chairman of the Bucks County Council) that these local committees should not be restricted by parish boundaries but operate over the centres of population to which Mr Moseley agreed. He, Sir Phillip, had consulted with the Bishop of Buckingham and Mr Dixon Davies, and it was considered that Knotty Green, Penn Street and Holmer Green could be more readily combined with Beaconsfield while their own district would comprise the remainder of the parish of Penn and the parish of Tylers Green. It was, of course, open to anyone to attach themselves to either. He proposed that a Local Committee be formed for the district to act in connection with the County Committee. (Applause). 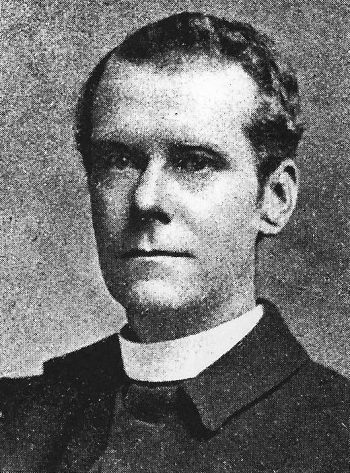 The Rev. R. F. Ashley Spencer, in rising to propose the appointment of the members of the Committee, said he wished to point out to any who might think they were behind-hand in calling their meeting that they had not hurriedly rushed into the matter but had waited for the decision of the County meeting that they might fall in with their schemes and then called a meeting at the first possible moment. The local committees would co-operate with the Central Committee and see to it that no overlapping was occasioned, and that no  malingering such as had occurred in some cases during the Boer War was permitted. The local Committee he would propose would be a representative one without reference to creed, politics or social standing. He (the Vicar) understood from some of the chair manufacturers in Wycombe that work would be very scarce and that the prospects were by no means hopeful. Local committees would look after any distress this occasioned in their own district. They would also make a house-to-house visitation and all details must be found and furnished to Aylesbury before assistance was given. The rev. gentleman stated that he had offered the Tylers Green Parish Room to the War Office as a temporary hospital and it had been provisionally accepted. (Applause). He proposed also to have placed on the Church door a Roll of Honour of those who were bravely serving their country that worshippers might remember them in their prayers. He also emphasised the bounden duty of all to attend the services of intercession on Friday (today). He proposed that the local committee consist of the following: – Sir P. F. Rose, Mr H. P. Parshall, Col. Becher, Mr Harvey Dalziel, Mr B. Reynardson, Mr Francis Smith, Mr Cruikshank, Mr S. G. Long (? partially legible), Mr E. Finch, Mr H. Perfect, Mr A. R. Masters, Mr Crust, Mr G. Beal, Mr R. H. Moreton, Mr F. King, Mr T. Griffen, Mr W. Evans and Mr Marsh, Lady Rose, Mrs Spencer, Mrs Alston, Mrs Vivian Rose, Mrs Grove, Lady Albert (? partially legible), Miss Tatham, Miss Dalziel, Mrs Bartlett, Miss Bengough, Mrs (illegible), Miss L. Nevins, Mrs Berry and Mrs Hanbury.

Mr C. Muir suggested that a trade unionist should be appointed on the Committee to which the Chairman acquiesced, but no name was forthcoming and the matter dropped.

Colonel Becher seconded the resolution appointing the Committee which was carried with acclamation.  The Rev. R. F. Ashley Spencer and Sir Philip Rose were unanimously elected Hon. Secretary and Hon. Treasurer respectively, the propositions being couched in felicitous terms and received with applause.

Sir Philip Rose made a strong appeal to eligible lads present to join the Colours and uphold the honour of the village. (Applause). He also referred to the demands for special constables and mentioned that if names were submitted to the Rev. R. F. Ashley Spencer he would send them on to the Chief Constable in Aylesbury. (Applause).

A vote of thanks was accorded to the Chairman on the proposition of Mr Harvey Dalziel, seconded by Mr Parshall, and the meeting closed with the National Anthem and cheers for gallant little Belgium.

We understand that a liberal financial response is being made and over £20 has been received.